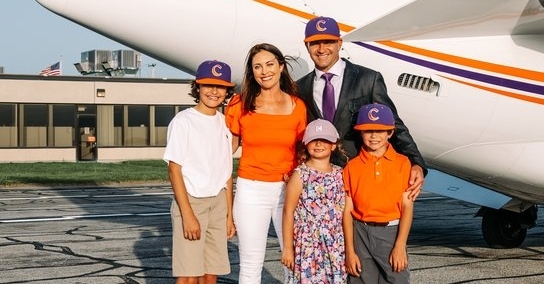 “We are delighted to welcome Erik, Jiffy and their three children back to the Clemson Family,” said Neff. “Erik impressed us with his integrity, his approach to running a program and the emphasis he puts into the student-athlete experience. He knows well the expectations at Clemson, which he contributed to, through his role within the 2002 team and working alongside Jack Leggett, Tim Corbin and Kevin O’Sullivan, among others. I am confident in Erik’s ability to compete for ACC Championships and return to Omaha, and do it the right way.”

“Our family is thrilled to join the Clemson Athletics family and immerse ourselves in the local community,” said Bakich. “It was an honor to wear the Clemson uniform 20 years ago as a young coach on Jack Leggett’s staff. I am forever grateful and very appreciative for the opportunity to start coaching at Clemson surrounded by three Hall of Famers and a record-setting team. It is a privilege to serve as a steward of this storied tradition and help lead Clemson Baseball back to prominence competing for ACC Championships, trips to Omaha and our first National Championship.”

Bakich is no stranger to the ACC, as he served three seasons as head coach at Maryland. In 2012, he led the Terrapins to a 32-24 record, a 15-win improvement from his first season in College Park.

Bakich served as recruiting coordinator for the Commodores, helping sign some of the nation’s top recruits, including No. 1 overall draft pick David Price. All seven of his recruiting classes were ranked in the top 25, including the top-rated class in 2005 and the No. 2 class in 2008.

The 44 year old began his coaching career as a volunteer assistant coach under Head Coach Jack Leggett and alongside Corbin and Kevin O’Sullivan at Clemson in 2002, when he worked with the Tiger outfielders and infielders. The Tigers had a 54-17 record and advanced to the College World Series with the likes of national player of the year Khalil Greene, Jeff Baker and Michael Johnson, who combined for 77 home runs.

Bakich started his playing career at San Jose (Calif.) City College, then he transferred to East Carolina to play two seasons (1999,00) under late Head Coach Keith LeClair, whom Leggett coached when LeClair played at Western Carolina. The Pirates won back-to-back CAA titles and earned No. 1 seeds in NCAA Regionals both years and was named to the 1999 Baton Rouge Regional all-tournament team. The outfielder hit .315 with 14 home runs and 85 RBIs in two seasons.

He graduated from East Carolina in 2000 with a degree in exercise & sport science. He then played two years (2000,01) professionally in multiple independent leagues. After his playing career, Bakich returned to East Carolina, where he served as an assistant strength & conditioning coach for one year.

He was born Erik Michael Bakich on Nov. 27, 1977 in San Jose, Calif. He graduated from Bellarmine College Preparatory in San Jose in 1996. He and his wife, Jiffy, have two sons, Colt and Beau, and a daughter, Tempie.

“Erik is such a natural fit. If there was any teacher or coach who was meant to be a Tiger, it’s him. He is Clemson through and through. Erik will be a great extension of the university and the athletic program. Clemson has such a quality group of coaches and Erik will add great harmony to the department. I am very happy for Jiffy, Erik and the kids, and happy for the young men who will have an opportunity to play for Erik.”

“Erik is the right fit for Clemson Baseball. His work ethic, enthusiasm, energy, coaching experience, love for Clemson and his association with and appreciation for our storied and proud tradition are traits that will lead to success. I’m excited about the future of Clemson Baseball!”

“Erik is without a doubt the right person for Clemson Baseball. He understands the standard of the program. I am happy for him and his family, and I know Erik will be very successful at Clemson.”

Erik has it all.

I couldn't be happier to welcome Coach Bakich and his family back to @ClemsonBaseball.

The #ClemsonFamily just got a little bigger??

Bakich contract
Get the latest Clemson gear right here!
Comment on this story