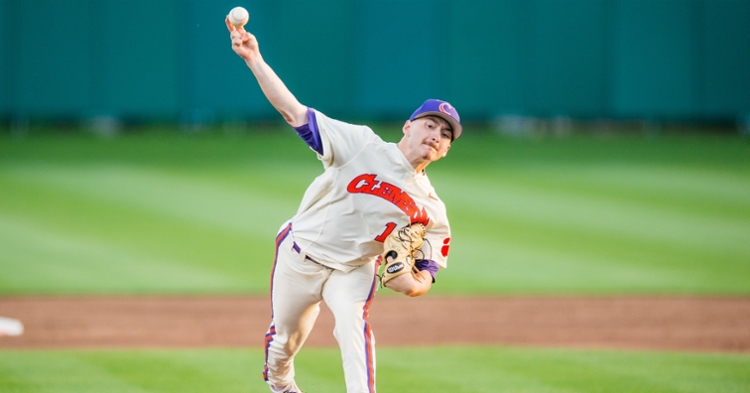 Campbell was a 21st round MLB draft selection out of Clemson.

CLEMSON, S.C. – Former Tiger righthander Paul Campbell (Malden, Mass.) made his major league debut with the Miami Marlins in a relief role against the Tampa Bay Rays in Miami on Saturday night. He pitched 2.0 innings with one strikeout.

Campbell had a 21-10 record, two saves and a 3.12 ERA in 233.1 innings pitched over 49 appearances (33 starts) in three minor league seasons (2017-19) in the Tampa Bay Rays’ organization. Campbell, who was a Rule 5 draft selection by the Marlins in December, also has 188 strikeouts against 60 walks while allowing only 196 hits in his minor league career.

Every Tiger team from 1974 to 2017 had at least one future major leaguer on its roster.

- 21st round pick by TB in '17 out of Clemson
- mostly a reliever in college, then started in pro ball, now back in the bullpen
- low strikeout rate but has elite spin rates on FB (despite average velo) & CB
- Rule 5 pick in Dec. '20 pic.twitter.com/w4Rrb9JbDM