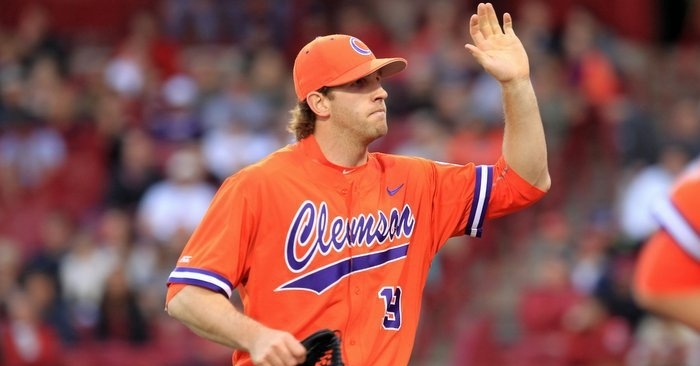 Koerner last played in a Clemson uniform in 2015.

CLEMSON, S.C. - Former Tiger righthander Brody Koerner (Concord, N.C.) made his major league debut with the New York Yankees in a relief role against the Baltimore Orioles at Yankee Stadium on Tuesday. He pitched the final 2.0 innings, allowing two hits and one run in the Yankees’ 13-1 victory.

His best game as a Tiger came in 2015, when he tossed a four-hit shutout with seven strikeouts at No. 8 South Carolina on March 2. After the season, he was drafted in the 17th round by the Yankees.

Every Tiger team from 1974 to 2017 had at least one future major leaguer on its roster.