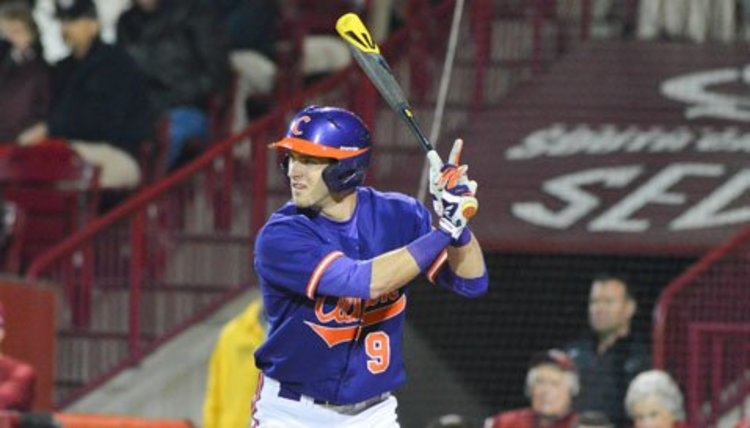 Former Clemson outfielder Steven Duggar was called up for his Major League debut with the San Francisco Giants on Sunday.

Duggar is leading off as a center fielder in the Giants' 4:05 Eastern home start with the St. Louis Cardinals.

The Spartanburg native has been a highly-touted prospect in the Giants' farm system in recent years after a sixth-round selection in 2015. He's hit .272 with four homers, 21 RBIs and 35 total extra-base hits with 11 stolen bases in Triple-A this season.

The Giants made room for Duggar by trading right-hander reliever Cory Gearrin and outfielder Austin Jackson to the Texas Rangers for a player to be named later and cash considerations.

With Duggar making the Bigs, every Tiger team from 1974 to 2015 has now had at least one future major leaguer on its roster.

Duggar said AAA manager Dave Brundage broke the news by asking him whether he’d prefer to go to the Triple-A All-Star game (replacing d’Arnaud) or going to a the big leagues. Duggar wasn’t sure if he was kidding. He didn’t exactly stop to weigh the pros and cons.

Steven Duggar batting leadoff and playing center field in his MLB debut today with Madison Bumgarner on the mound. pic.twitter.com/GYwKcwnKT2

Bochy says Gorkys Hernandez and Steven Duggar will essentially platoon in center field, with Hernandez also getting some starts in left, as he is today.

Bochy said Duggar largely will be in platoon starting vs RHP because of the RH hitters he’ll want to play vs lefties. Duggar might not always lead off. Depends on how he does. Black will go 6th, 7th innings. #sfgiants