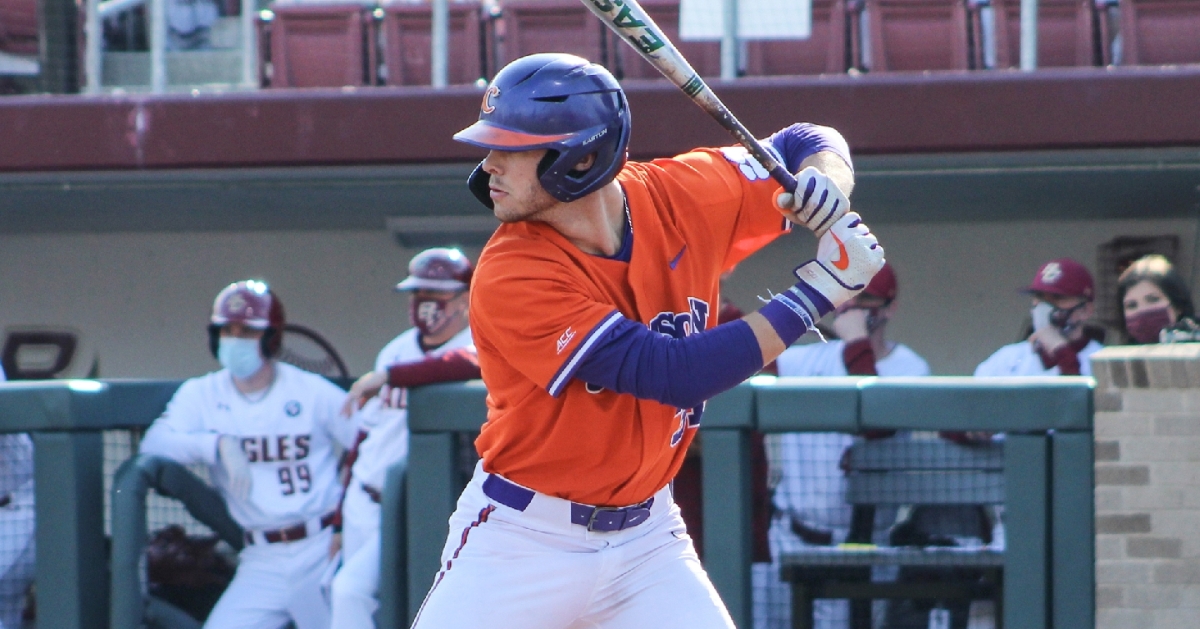 Caden Grice will be a leading bat in the lineup (Clemson athletics photo).

CLEMSON, S.C. – The 2022 Tiger baseball schedule features 33 home games and 25 games against 2021 NCAA Tournament teams. Clemson, who is set to begin its 125th season, starts its 56-game schedule on Feb. 18 at 4 p.m. with the first of three games against Indiana at Doug Kingsmore Stadium. All game times for the 2022 season are subject to change.

Clemson athletics intends to return to full capacity within Doug Kingsmore Stadium for the 2022 season. Clemson will continue to monitor the impacts of COVID-19 and communicate any changes and release its gameday operations plans closer to the start of season.

Season-ticket renewals and new season-ticket orders are available beginning today on ClemsonTigers.com with a deadline of Dec. 8. Single-game tickets go on sale to the public at a later date.

Eighteen of the Tigers’ first 22 games are at home, then 19 of the next 31 games are away from home before closing the regular season with a three-game home series against Boston College.

Clemson and South Carolina square off in a three-game series, beginning Friday, March 4 at South Carolina. The two teams play again in Columbia the following day, this time at Segra Park, before concluding the series at Doug Kingsmore Stadium on March 6. The two rivals have met 327 times.