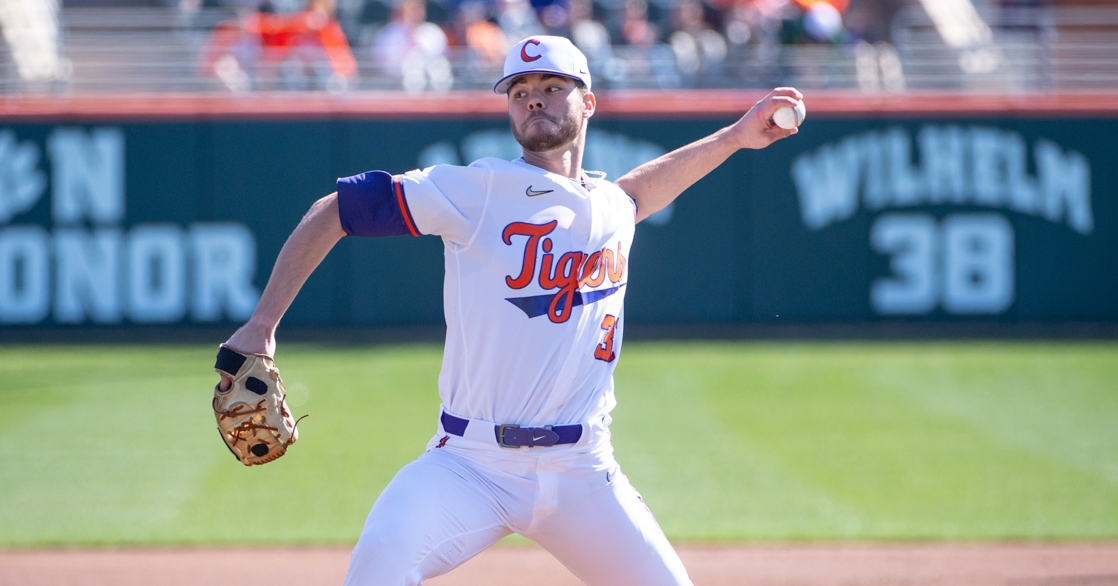 CLEMSON, S.C. – Pinch-hitter Chase Cheek belted two-run homer with two outs in the ninth inning to lift Duke to a 4-2 victory over Clemson at Doug Kingsmore Stadium on Saturday afternoon. The Blue Devis, who swept the series 3-0 and won their eighth game in a row, improved to 28-20 overall and 16-17 in the ACC. The Tigers dropped to 24-26 overall and 16-20 in ACC play.

James Parker scored the game’s first run in the third inning on Bryar Hawkins’ two-out single, then Sam Hall hit a two-out, run-scoring single in the fourth inning. In the sixth inning, RJ Schreck hit a two-run homer off the left-field foul pole to tie the score. After the Tigers failed to capitalize on a double-play opportunity to get out of the ninth inning, Cheek belted his first home run of the season over the fence in right field.

Marcus Johnson (4-3) earned the win in relief, while Geoffrey Gilbert (3-6) suffered the loss. Tiger starter Caden Grice allowed just one hit and no runs with eight strikeouts in 5.0 innings pitched.

Clemson is either the No. 11 or 12 seed in the ACC Tournament, which will be played at Charlotte, N.C. (Truist Field) from Tuesday to Sunday. The Tigers’ first game is either Tuesday, Wednesday or Thursday on RSN and ACC Network Extra. Clemson’s seed, opponents, game dates and game times will be announced by the ACC this weekend.