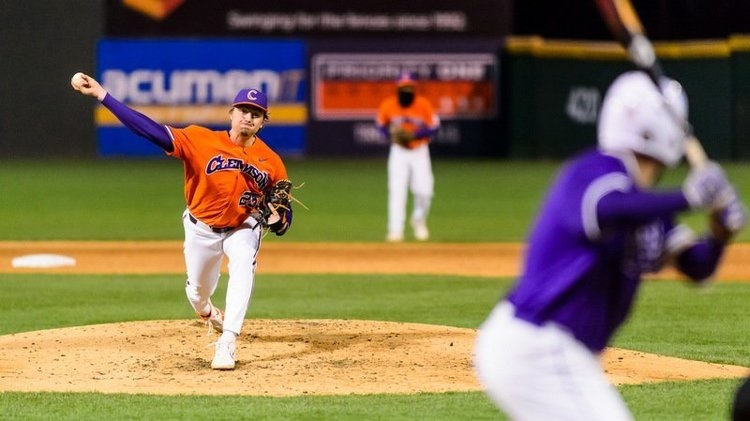 COLUMBIA, S.C. - Six Tiger pitchers combined to allow just one run on seven hits in No. 20 Clemson's 4-1 victory over College of Charleston at Segra Park on Wednesday night. The Tigers, who swept the two-game midweek series 2-0, improved to 16-5, while the Cougars fell to 13-8. It was Clemson's first-ever game at Segra Park.

Jackson Lindley, Travis Marr, Sam Weatherly, Owen Griffith, Holt Jones and Carson Spiers combined on the strong pitching performance for the Tigers. Marr (1-0) earned the win by pitching 2.0 scoreless innings of one-hit ball, while Spiers recorded his sixth save of the year by pitching the ninth inning. Cougar starter Zach Williams (0-2) suffered the loss, as he surrendered two runs on three hits in 3.0 innings pitched.

LOOK: Trevor Lawrence dresses up as Jackie Moon for Halloween
Post your comments!