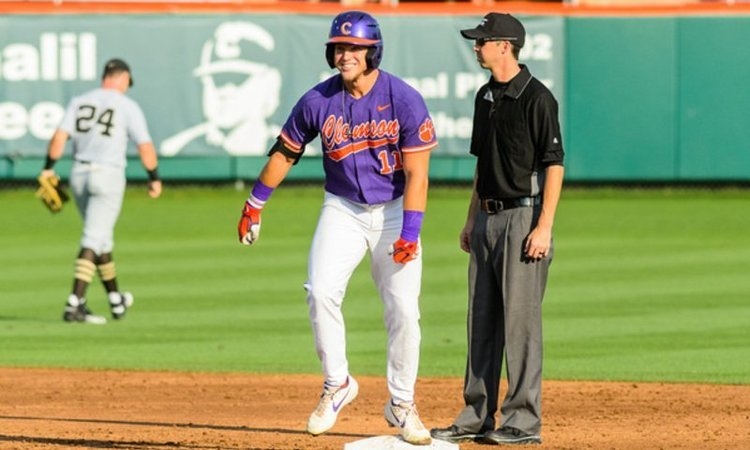 The Tigers are the No.3 seed in the Oxford Regional with No. 1 seed Mississippi, No. 2 seed Illinois and No. 4 seed Jacksonville State.

• Illinois is under the leadership of 14th-year Head Coach Dan Hartleb.

• The Fighting Illini lost both games in their conference tournament. They are hitting .279 and have a 3.66 ERA and .982 fielding percentage.

TIGERS IN THE OXFORD REGIONAL

• The Tigers are the designated visiting team on Friday and will be in the third-base dugout.

• The Tigers won both games against Illinois at Doug Kingsmore Stadium in 1986 and won again 9-3 in the 2000 Clemson Regional.

• Clemson is 7-8 against Mississippi, with the last meeting in 1984. All 15 games have been on the road, with just one neutral-site contest.

• Clemson has never played Jacksonville State. Both were in the 2010 Auburn Regional, but they never met.

• Tim Corbin and Kevin O’Sullivan were on the same Tiger coaching staff for four seasons from 1999-02.

• Jim Schlossnagle (TCU) was the volunteer assistant coach at Clemson in 1993 on the same staff with Randy Mazey.

• The four teams in the Oxford Regional have combined for 84 NCAA Tournament appearances (including 2019).

• Clemson is making its 44th appearance, followed by 23 by Mississippi, 12 by Illinois and five by Jacksonville State.

• The Oxford Regional’s 84 combined NCAA Tournament berths are fifth-most of any regional.

• The Tigers play in their 44th all-time NCAA regional when it competes in the 2019 Oxford Regional.

• Clemson is one of only five schools in the nation to play in the NCAA Tournament each of the last 11 seasons (including 2019).

• The others are Florida, Florida State, Texas A&M and Vanderbilt.

• Clemson has made nine super regional appearances, with its last in 2010.

• Sixteen of Clemson’s 24 losses have been by one run, two runs or in extra innings, including eight one-run losses.

• Boston College defeated the Tigers 7-5 in 11 innings before Clemson downed No. 7 Louisville 7-1.

• Mat Clark, who allowed just one hit, retired the first 22 batters and took a no-hitter into the ninth inning in the win over the Cardinals.

• Clark was named to the All-ACC Tournament team as one of two starting pitchers.

• Jordan Greene went 4-for-6 with an RBI, two runs and a walk in two games.