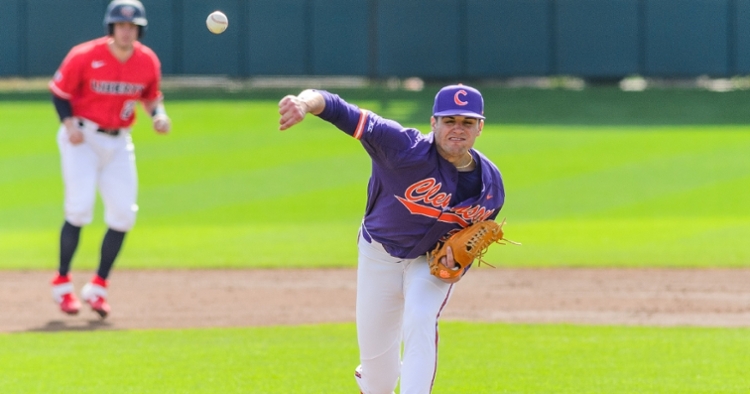 The Tigers face Stony Brook for the first time when the Seawolves visit Doug Kingsmore Stadium for a three-game series this weekend.

• Clemson, who has a 4-0 home record, defeated Furman 3-2 at Doug Kingsmore Stadium on Wednesday.

• The Seawolves won one of four games at Texas State last weekend. They are hitting .205 and have a 3.82 ERA and .978 fielding percentage.

• Evan Giordano is hitting .500 with two doubles and Stanton Leuthner is batting .375 with one homer and two RBIs.

• The seven runs allowed are the fewest Clemson has allowed in the first four games of a season since 2006 (4).

• Adam Hackenberg and Elijah Henderson have hit safely in all four games in 2020.

• Sophomore outfielder Elijah Henderson only had 32 at-bats in 2019, but he has emerged as the Tigers’ leadoff hitter in 2020.