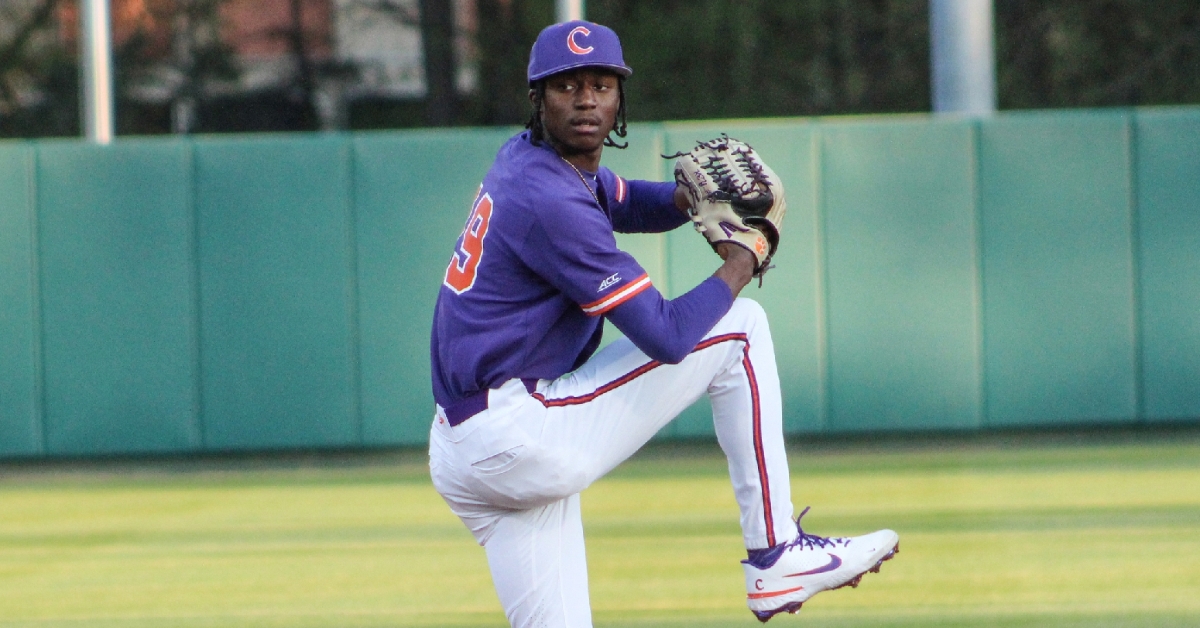 RALEIGH, N.C. - Keyshawn Askew pitched 6.1 strong innings to lead Clemson to a 9-3 victory over NC State at Doak Field on Saturday night. The Tigers, who took a 2-0 lead in the series and won their sixth ACC game in a row, improved to 14-10 overall and 8-6 in the ACC. The Wolfpack dropped to 9-11 overall and 4-10 in ACC play.

Askew (1-0) earned the win by allowing five hits, three runs (two earned) and one walk with seven strikeouts. Both earned runs scored after he left the game in the seventh inning. Geoffrey Gilbert pitched the final 1.2 innings to record his third save of the year. NC State starer Sam Highfill (1-2) suffered the loss, as he gave up seven hits, six runs (five earned) and two walks with six strikeouts in 6.1 innings pitched.

James Parker extended his hitting streak to 11 games with a single in the fourth inning.