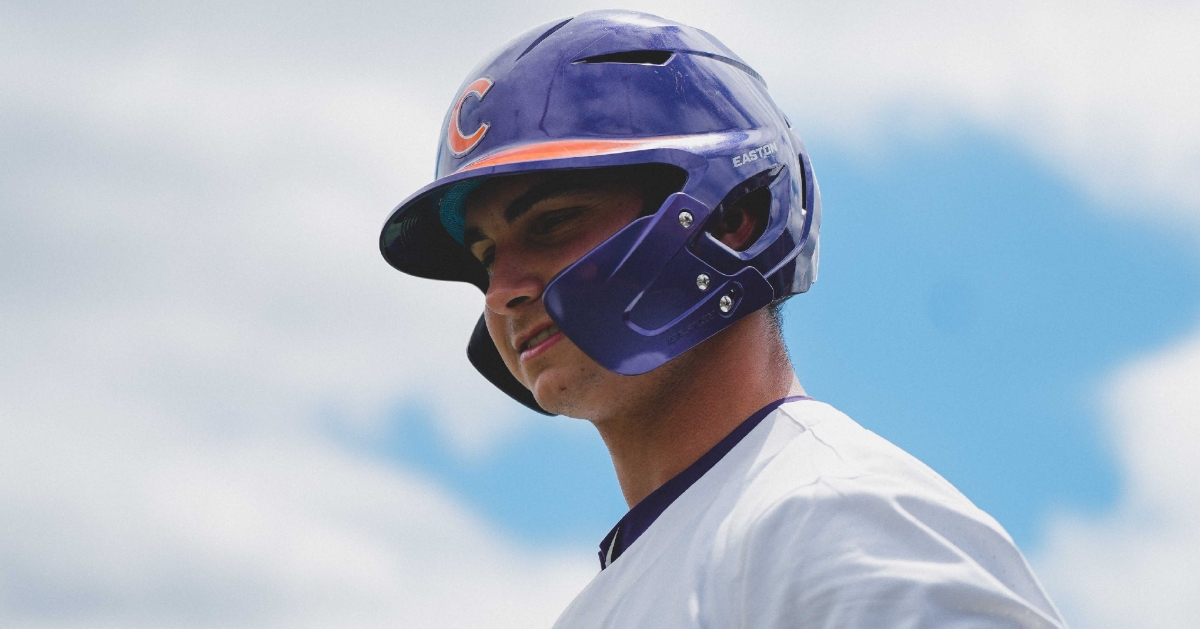 CLEMSON – One of Will Taylor’s childhood dreams came true Friday night, and even though it took longer than expected, he thinks all of his adversity will be for his own greater good.

Taylor came to bat in the bottom of the first and saw five pitches but a runner was thrown out trying to steal, so he had to wait one more inning to get his first base hit.

“Honestly, it was great for me because I got to see a good mix of (the pitcher’s pitches), and the bat did not count,” Taylor said on Friday. “So, I got to do it the next time, and it worked out good.”

Head coach Monte Lee said he could Taylor was fired up and ready to play.

“He was just amped up. You could just see he was super amped up today when he got to the ballpark,” Lee said. “The level of intensity with his body language during BP and in the cages. You can tell he is a football player, which I love to see.”

The talented freshman out of Irmo started football season as a backup quarterback but eventually moved his way into the return game and at wide receiver. He played five games, returned six punts for 64 yards, rushed the ball five times for 20 yards, caught two passes for six yards, and one kickoff return for 14 yards before suffering his torn ACL against Boston College.

Taylor figures to be a part of the Clemson offense this season, but for right now, he’s all about baseball and helping the Tigers earn a postseason berth.

“It was very exciting. I have not felt that excited in about seven months,” Taylor said. “It’s good to be back out there and, hopefully, we keep this going. This past week has been great. The soreness has been very little or if much at all.”

Taylor said he wasn’t used to sitting on the sidelines in either sport and remembered just one injury during his time at Dutch Fork.

“The biggest injury I've had before this was when I had a sprained ankle during football season of my senior year. I never missed a game and I never missed a practice,” Taylor said. “I wasn't able to run very much, but I was able to sit back in the pocket and throw, so this has been something brand new for me.”

However, he believes something good came out of the injury.

“But everything happens for a reason, and I've learned a lot of lessons and I am thankful that this happened. It's taught me a lot throughout this process, a lot of patience, and there will be a greater outcome for sure,” he said. “It's been tough, especially as much of a competitor as I am. I believe in both teams. We've always had the talent. There are weeks when we are up and down and that's just sports. It's been tough for me to watch because I want to be out there and contribute, but tonight (Friday) I was able to get back out there and felt good doing it.”

Taylor played in all three games in the sweep of Georgia Tech, recording four hits in 13 at-bats (.308), with three runs scored, an RBI and a walk. However, just stepping on the field at Doug Kingsmore was a dream come true.

“That's been a dream of mine my whole life. I've pictured myself here at Clemson, and it was good to get that first one out of the way,” Taylor said.