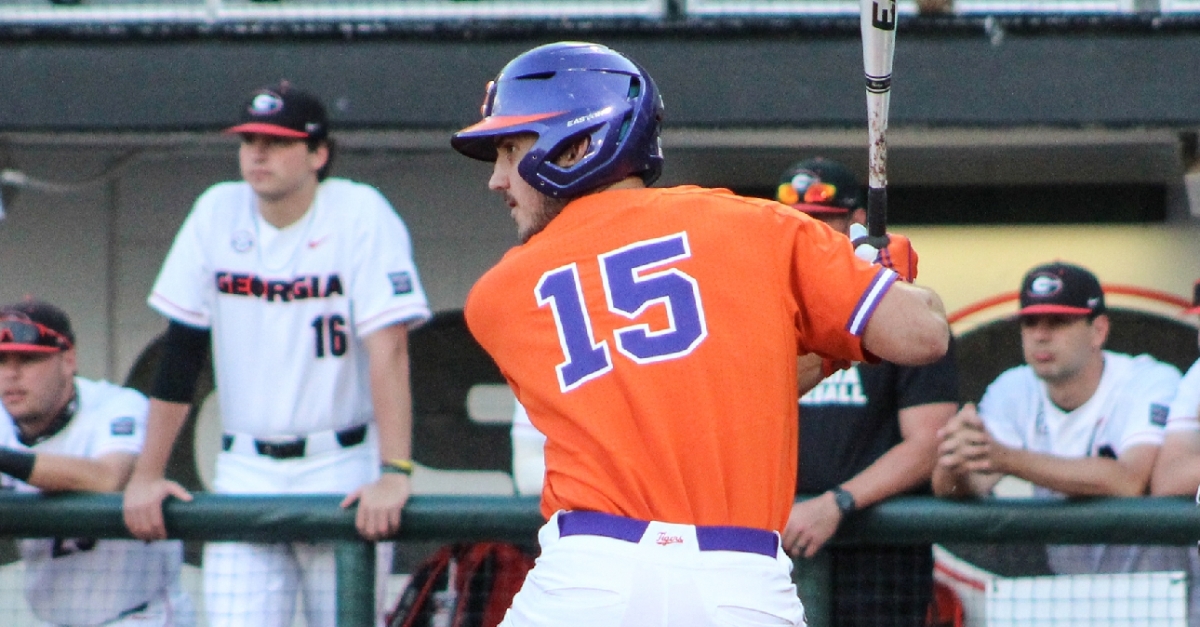 James Parker is headed to the professional ranks.

In the world of college baseball, where scholarships are few and professional money is abundant, it’s hard for players to turn down the chance to play baseball at the next level. The Clemson baseball team is feeling the effects of the recent draft.

Pitching prospect Bubba Chandler, already on campus and wanting to play football, was lost to the Pirates early on the second day. Shortstop James Parker, pitcher Keyshawn Askew, pitcher Mack Anglin, pitcher Davis Sharpe, pitcher Carter Raffield, and catcher Adam Hackenberg were all picked over the remainder of the draft, and TigerNet expects all but Anglin to move on to the next level. TigerNet also expects outfielder Kier Meredith to sign a free agent deal, perhaps with an American League East team, at some point soon.

So how does the money play in? Take Parker for example. As a redshirt sophomore who has already graduated, he could have returned for another season, but bonus money for college seniors is $1000. At the slot he was picked, he gets $170,000 now and the chance to start his career. That’s a no-brainer.

In the case of Anglin, when you’re a junior and picked rounds 11-20, you get $125,000 unless teams don’t sign their top round guys (and therefore you can earn more). Anglin was picked by the Nationals, so unless they come up with more money he might stick around. Anglin is a sophomore who is draft eligible, so his leverage is different than someone like Parker or Askew.

Yes, Clemson got hit hard in this draft and next year’s team will be young again. Replacing two weekend starters is going to be tough and we’re looking at another youth movement. The good news is that those around the program expect the offense to be better next season.

Three newcomers are part of the reason for optimism offensively. Center fielder Will Taylor was considered a first-round talent, but he elected to stay at Clemson and play two sports.

In Taylor, Lee gets a guy who will hit at the top of the order immediately. This spring he batted .450 with seven home runs, 33 RBIs and 34 runs scored as an outfielder on a Dutch Fork team that made an appearance in the Class 5A district championship. He added 21 stolen bases while boasting a .586 on-base percentage. He will play center field.

Infielder Tyler Corbitt is a transfer from The Citadel. As a freshman in 2019, Corbitt started 54 games at second base. He hit .333 with 15 doubles, one triple, one home run and 22 RBI. He also scored 35 runs and stole nine bases. At one point in the season, he had a 12-game hitting streak that included a 3-for-6 game with three RBI against South Carolina. He was named to the 2019 Southern Conference All-Freshman team.

An early look at the offense, and a guess on my part, would have Jonathan French back at catcher, Caden Grice at first base, Corbitt/Rich at second, freshman Blake Wright at shortstop, Max Wagner/Bryar Hawkins at third, Chad Fairey in left, Taylor in center, and Dylan Brewer in right.

Of course, success depends on pitching, and I'll have more on that after Anglin makes a decision.