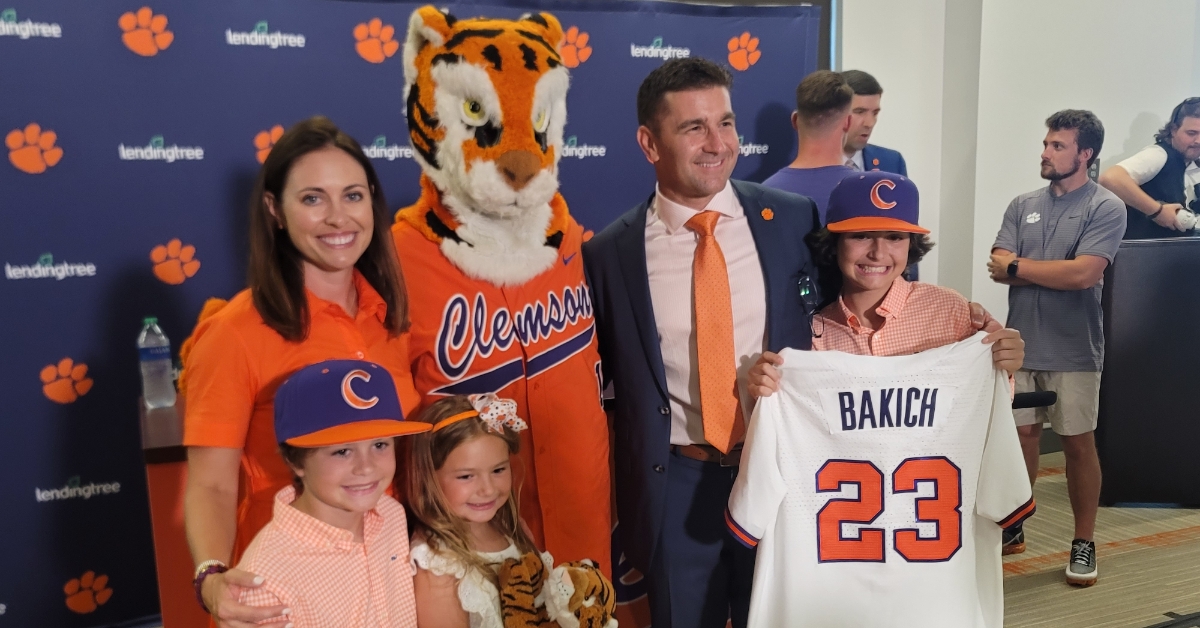 Erik Bakich is closing in on his first campaign as Clemson's head baseball coach.

When do five minutes turn into seven months? When you’re the new baseball coach at one of the nation’s premier programs and you’re trying to put your stamp on things.

Clemson hired Erik Bakich as its new head baseball coach last June after he put together an impressive resume at Michigan. Bakich served as head coach for the Wolverines for the last 10 seasons, leading them to the 2019 College World Series championship series. Bakich also served as a head coach at Maryland (2010-12) and as an assistant coach at Vanderbilt (2003-09), along with his one year as volunteer assistant coach at Clemson in 2002.

Bakich told TigerNet this week that he is excited about the start of the season, but it’s been a whirlwind since June.

“It feels like we've been here for about five minutes. It has absolutely flown by, and it's a lot of drinking from the metaphorical fire hose for sure,” Bakich said. “But every bit of it has been awesome and challenging and exciting, and it's just the basic easiest way to describe it is just we've just tried to break it down into small chunks. We start it off in June with hiring a staff and connecting with former players and obviously all our current roster, but all the alums and all the high school coaches. And then moved on to planning and preparation for the fall segment, instilling a foundation and creating a daily environment where the players could learn the system and learn the importance of all the off-the-field character traits and intangible skills that we've tried to instill.

“But all in all, I mean it's been just a privilege for not only myself but our staff to be within an athletic department and in an environment here that just is so passionate about baseball and about all their sports. But it’s great just to see just this level of excitement surrounding our baseball season, and our players. And so, I'm looking forward to next week.”

Bakich has been the head coach of successful teams - he was the consensus national coach of the year in 2019 when he led Michigan to an NCAA runner-up finish and a 50-22 record. He also led it to the NCAA Tournament in 2015, 2017, 2021, and 2022, meaning five of his last seven teams (excluding 2020) advanced to the national tournament. Bakich guided the Wolverines to Big Ten Tournament titles in 2015 and 2022 as well.

However, he thinks this Clemson team has as much or more talent as any of those Michigan teams.

“The talent on our roster from the neck down, I would put up against any team that we had at Michigan,” he said. “We had some pretty talented teams, but the physical talent from the neck down on the baseball team right now - I've said it many times, the previous staff did a great job of accumulating a lot of physically talented players. And it's been eye-opening to see how some of them have, number one, gotten better, but number two, just their God-given natural abilities. It's been very impressive. And I know it's relative because it's the ACC and the ACC baseball's really good, but we saw some pretty good competition up in Michigan too, but we never had a team that is as talented one to 40 as this one is. So that was a very, very pleasant surprise to see just the collection of players physically that are very skilled at the sport of baseball.”