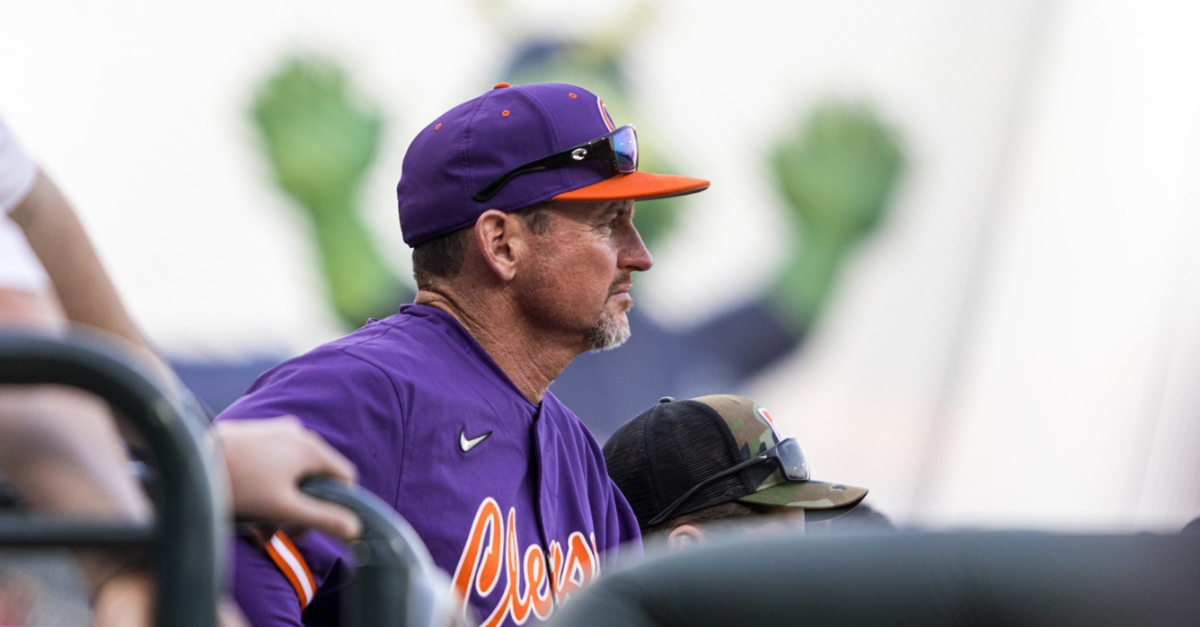 Monte Lee and the Tigers need a sweep and not many upsets in upcoming conference tournaments.

Even after Tuesday's 17-2 defeat at Coastal, Baseball America has Clemson as the very last team in the field and headed to top-seed Tennessee.

"Those watching the NCAA Tournament bubble will this weekend be fixated on the ACC. Clemson, North Carolina, Pittsburgh and Wake Forest are all on the bubble now and, with a bad weekend, Georgia Tech could find itself uncomfortably close as well," Baseball America's Ted Cahill writes. "Clemson hosts Boston College and needs a sweep to keep its hopes alive."

D1Baseball has Clemson one spot safer in the last four in the tourney, also going to Knoxville.

That sets the stage for a final ACC series where a loss hurts more than a sweep likely gains from a resume standpoint.

Clemson’s fifth-ranked strength of schedule will take a hit starting Thursday when the ACC’s worst team comes to town with BC (19-31).

At No. 107 in RPI, any loss to the Eagles would take a chunk out of Clemson’s NCAA calling card right now, a No. 23-ranked RPI.

And that’s not counting the factor that the Tigers still have to clinch a spot in the next week’s ACC Baseball Championship.

In a 12-team field, Monte Lee’s group could conceivably move up to as high as a 9-seed over the week and are likely in the conference tournament by winning 2-of-3. In 12th place now a half-game ahead of Duke, anything less than a sweep, however, at least leaves open the possibility of missing the ACC Tournament for the first time in school history. The Blue Devils close their season at Virginia Tech (No. 5 RPI).