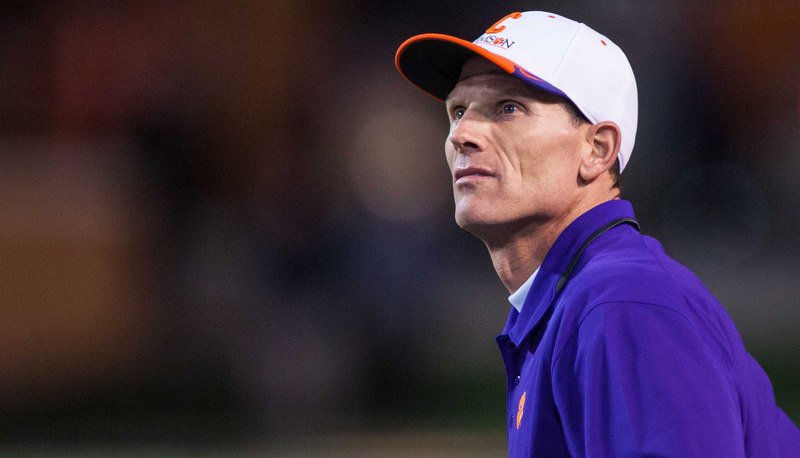 Bill Oliver was a defensive mastermind. He could X and O with anyone.

Rick Stockstill and Burton Burns were as good as any with the players. They truly loved their players and it showed everyday.

Rich Rodriguez had a sense of urgency like no one else I had seen in the profession. Chad Morris

There are several ways to get it done in this profession and I really like Venables style. A lot of national attention has be given to his sideline demeanor. His excitement level is unmatched and it shows on game days. What is not seen on TV is the other examples of what makes him one of the best coaches in the country.

Venables is terrific when it comes to player relationships. Listen to what his players say about him.

From an X and O standpoint he is a pioneer. In an age where many defensive coaches are complaining about the rules and pace of today's game, Venables has embraced the changes and has met the challenge. I don't know of any coordinator who has excelled against the spread as much as Venables.

Player development is a big part of the job today and take a look at how his linebackers have developed through the years. Look at the improvement his players have made during his time here.

Finally, I am extremely impressed with his recruiting. Often times big name guys or veteran guys might feel like its not their place to bust it on the recruiting trail. That is not Venables' deal.

I love his attitude when it comes to recruiting the best players. It showed when recruiting Christian Wilkins

Chad Morris gets a lot of well deserved credit for what he did to turn around Clemson's offense when he arrived here. Morris did an unbelievable job and the effects he had on the program will be felt for years. But Venables had a tougher job and a tougher decision to even come here.

Morris turned down Tulsa and its head coaching job to be here. He was a couple of years removed from high school. Venables left a dream job where he had been for years when he left the stability of Bob Stoops and the powerhouse Oklahoma program. It was that decision that will also continue to pay dividends to Clemson for many years.