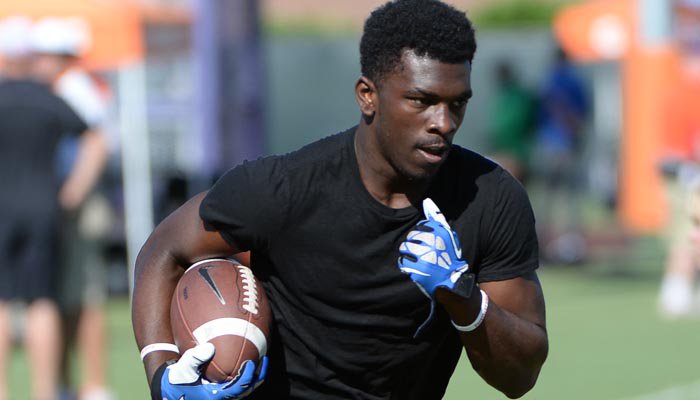 This past weekend some very good things happened around Clemson athletics. The baseball team swept No. 8 Florida State in Tallahassee. The wins secured the fifth seed in the ACC tournament and moved the Tigers up to 55th in the latest RPI.

The women's track and field team won the ACC Outdoor Championship. The program has once again returned to its dominating form.

Clemson's men's golf team qualified for the NCAA Championships next month in Sarasota, FL by finishing in the top five at the NCAA Regional in Chapel Hill.

But perhaps the most impressive feat involving Clemson athletics happened by a student-athlete that has not enrolled yet at Clemson. In fact, he hasn't even signed.

View Full Profile is a four-star running back that is ranked as the nation's No. 2 back in the country by rivals.com, scout.com and ESPN.com. He committed to Clemson a few months ago.

This is a superstar athlete that ranks as the top football prospect in the state of South Carolina for the class of 2016. rivals.com ranks him 43rd overall, Scout has him 19th overall and ESPN ranks Feaster 13th overall.

I first saw Feaster play as a sophomore and he exploded on the scene on that night. Against Gaffney, Feaster had 17 carries for 232 yards and three touchdowns. He had 6 receptions for 103 yards and another touchdown. For the night he touched the ball 23 times for 335 yards and four scores against one of the top programs in South Carolina. Feaster had three scores of 70 or more yards on this night.

Some compare Feaster to C.J. Spiller. I can see it because both have elite speed. I think Spiller had the ability to make you miss more than Feaster. I would compare Feaster to FSU's Dalvin Cook. When Feaster gets to the second level, the pursuit angles change.

Clemson has recruited well at every position in recent years, but Feaster is a different kind of talent at running back than they have had in a few seasons. It will be a lot of fun watching this dynamic playmaker continue to break off these long runs when he arrives after the 2015 season.