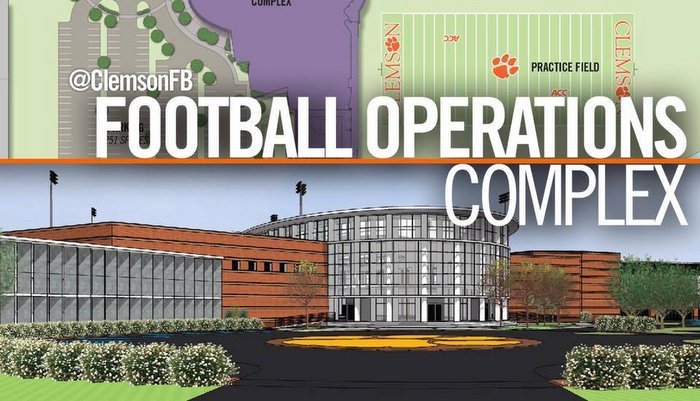 On my radio show, some called this a money grab. Some said they were doing this because they are hot in football right now and know they can get away with it. Some thought this was just the athletic department stockpiling more money.

That is not the whole truth.

USA Today released an article this week showing the total revenue and total expenses for 231 Division I public schools. Some of the numbers would surprise you. For example, Clemson is only 39th in the country in total revenue. Last year 36 schools spent more money in their athletic department.

Clemson was only fifth in the ACC in revenue of the eight public schools. FSU made $120 million, Louisville $104 million, Virginia $91 million, and North Carolina $89 million.

South Carolina made about $30 million more than Clemson last year. They spent about $24 million more.

The gap between the haves and the have-nots continues to grow. Texas A&M made $192 million last year. How do you compete long term with a school that makes over $100 million more each year? Texas spent $173 million or $91 million more than Clemson.

Obviously, you can't buy wins and money doesn't always equate to wins or championships. However, in the long term, facilities help programs. Spending on coaches helps programs. Student-athletes like the bells and whistles and $100 million can buy you plenty of bells and whistles.

Clemson is a national power in football now, and I think it can stay there for the foreseeable future. However, the big boys do have advantages. The top producers of revenue are Texas A&M, Texas, Ohio State, Michigan, and Alabama. These powers will have an advantage and will have more margin for error as a result.

Again, it's not a direct correlation between money and winning, but it doesn't hurt. It's also the biggest national issue facing college athletics today.

I like the idea of keeping Dabo Swinney here long term. I love Brent Venables and think he deserves every dime he makes. I like the new Littlejohn and new football operations building. But I also know that those things require significant investments. I am hoping Clemson can get to and stay in the category of the haves. At the same time, it concerns me that others we are in direct competition with have more and have the ability to spend more.