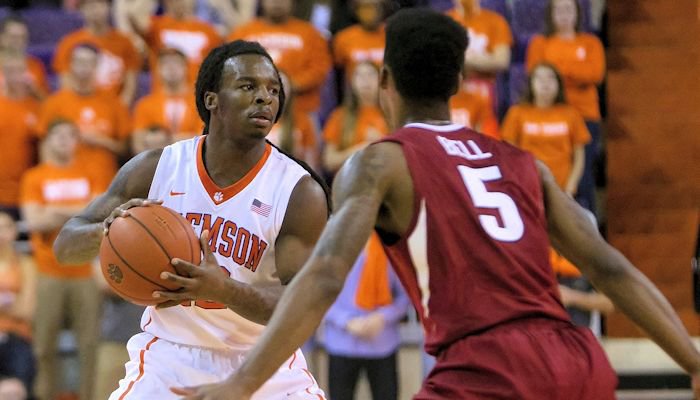 Saturday was one of the strangest days I have ever spent in Littlejohn Coliseum.

It was senior day, but it was not the last home regular season game.

The students didn't get the message that Clemson had an ACC game, so Jaron Blossomgae called them out.

Blossomgame also had another fine outing leading the Tigers with 19 points and nine boards.

The Tigers did a lot of great things Saturday. They shot 51% from the field and 82% from the free throw line. However, 18 turnovers, including several that directly led to Tech baskets, were a big factor in the Jackets comeback.

A loss would have been a bigger story, but Tech spent so much energy in the comeback and came up empty in overtime. Clemson improved to 16-12 overall and 8-8 in the Atlantic Coast Conference. The Yellow Jackets fell to 12-17 overall and 3-14 in the league.

The Tigers have the final regular season home game against NC State Tuesday at 9 PM. They then travel to South Bend, IN to face Notre Dame Saturday.

Syracuse is currently sixth in the ACC, but is ineligible for the ACC tournament. Pittsburgh, Miami, NC State and Clemson are tied at 8-8.

Florida State is 7-10 and can fish 8-10 if it beats Pittsburgh this weekend, so the Seminoles could tie one of those four if any lose both games this week.

Clemson has secured a bye in the first round of the ACC tournament next week, but seeding will be determined in this final week.