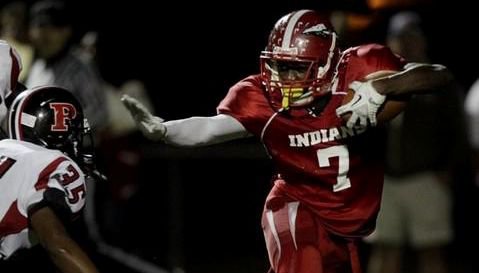 If you are a Clemson fan then you have already seen the movie drama we will witness on Wednesday.

Clemson recruiting fans have seen John Johnson switch from Georgia to Clemson on signing day. We have also witnessed Mike McIntosh switch from Clemson to Florida.

We have watched C.J. Spiller pick a Clemson hat but we also have seen Syvelle Newton throw out hat on the ground and stomp on it and pick South Carolina.

Tiger fans have pulled for the kid to go with momma because she always knows best until we come across the prospect whose momma does not like Clemson. In that case we want the kid to be a man and go with his heart.

We have urged Raymond Priester to stay in state. After all this is where he grew up. Certainly it would be easier to get a job in his home state if he stayed at home. However, we did not tell Jeff Davis that story because Davis was from North Carolina.

Like all fans we want to share our thoughts on recruiting. Back when Clemson used to only throw it 15 times a game we could still try to convince the quarterback who wanted to throw it more that he would be one to change our offense. Now we don't have that issue.

Today the challenges are different. Sure you still have to overcome the "handler" that all of the sudden comes into play. I am always amazed at who the legal guardian is in many of these cases. Has anyone ever made more money that the distant uncle that started showing up late in the recruiting process?

We used to be our worst enemy in recruiting. When Ken Hatfield was here some idiot fans told prospects not to come to Clemson. Its hard recruiting against the opponent but these were Clemson fans.

Then Clemson had to overcome the administration for a period of time. They did not know if they wanted to be good in football or not after a couple of scandals.

In the last twenty years Clemson has had to convince prospects that you can win big here. Evidence was against them but the last two seasons that negative has gone away too.

The new monster on the block is the propaganda of the SEC giant. Prospects now are being told that they can't make it to the ultimate level of football if they don't play in the mighty SEC. Someone forgot to tell the Ravens this last night. They only had two starters from the SEC.

Signing day will come and go on Wednesday. There will be some fans that will claim a national title if Montravious Adams inks with the Tigers. Others will project doom if he signs elsewhere.

History tells us that some of the players will turnout to be everything we thought and more while others will give the anti-recruiting crowd ammunition because they will be busts.

Yes, signing days are classics. They are high drama. They provide fireworks. They give us the highest of highs in one high school gymnasium and the lowest of lows in the next.

Some kids will claim they are about to shock the world with their commitment. To those I ask, "Really, did you find a way to cure world hunger or cancer?"

Some will have extravagant props. Remember when Isaiah Crowell had the live bulldog puppy on ESPNU to announce his commitment to Georgia? BTW-How did that work out for the Dawgs in the long run?

Remembering that we always want to out shine the last guy, I am waiting for a chief from the Seminole tribe to enter a high school gym when a prospect picks Florida State on national TV. Let's hope the Jack Hannah and his crew have full control over the gator at some high school gym one day. I would hate to see that get loose in the stands. That would be bad TV.

Here is an idea, just sign with a school. Tell the coaches thanks for being so good to you but just tell us what school you are going to attend but then again, it would be bad drama.

So Wednesday will be a high flying, three ring circus act. Some distant uncles will get TV time to go along with their new job and car. It will give us things we have probably seen a hundred times. But like you, I will be watching all day because it is good drama. Hollywood would be proud to know that we will be watching more re-runs and loving it Wednesday.