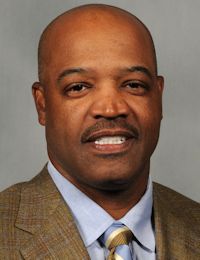 Charlie Harbison
Defensive Backs
View Full Profile . First, Harbison is one of the finest people I have ever met in this industry. He is a gentleman. He is a very good father and husband. He loves his players. He is a good teacher, a good recruiter and a good football coach. Charlie Harbison is a classy guy. Clemson is better because of his two stints here and Auburn is lucky to get a terrific football coach.

With that said, I think his move to Auburn is a win for Auburn but also a win for Clemson. Harbison was not in jeopardy of losing his job this year but that might not have been the case if the secondary struggled again next season. Dabo Swinney

Dabo Swinney
Head Coach
View Full Profile loves Harbison but Swinney could have had a difficult decision to make this time next year if improvement did not happen in 2013.

Charlie Harbison knows this business. He has been around a long time. He knows it is about productivity and his unit was not producing.

It is clear to me that the secondary was the weak link in the program in each of the last two seasons. Some of that was Harbison's fault. Some was not his fault. But all of it was his responsibility.

I can make the point in areas where it was not his fault. Harbison did not teach his defensive backs to not read their keys. He did not teach them to let receivers run free in the open field. He never taught them to tackle like flag football players. They were never told to bust assignments.

Harbison cannot be blamed for the injuries either. Over the last two years the Tigers have had big injuries to starters at key times.

I also know that Harbison has been extremely frustrated in each of the past two seasons.

Clemson's defensive backs have lacked athleticism and that can't be on the coach most of the time. But in this case some of it can be put on Harbison. He approved many of these defensive backs. He recruited many of them. He missed on their evaluations time and time again. Other missed too though because Clemson's secondary signees have been four star players. Many of them had major offers from ACC and SEC programs.

If that is the case then player development becomes the question. If these guys were highly recruited but never developed then that is partly Harbison's issue and entirely his responsibility.

Another issue many have is the technique. If the Tigers played with poor technique that is a reflection of coaching as well.

This is a bottom line industry. The secondary has gotten worse over the last four years. The talent level has decreased. The tackling got worse. The coverage did not improve. More assignments were busted.

The final damaging analysis comes from looking at the rest of the program right now. The wide receivers were awful three years ago but they improved and are now a strength. The offensive line was a question mark this year but improved as the season progressed. The quarterbacks have gotten better since 2010.

On defense there were question marks in the front seven but as the season went along the front four greatly improved. The linebackers were awful last season but got better throughout this season.

The place kicking went from bad to terrific since 2010.

At the same time, the secondary has been the weak link in each of the past two seasons. Unfortunately, that is the bottom line.

Auburn is getting a very good football coach and an even better person but this is a move where both win. Dabo has made some very good hires in the last two seasons and if he makes a great hire here, this could be a great move for the Clemson program.