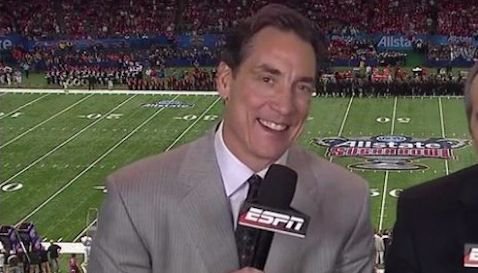 The NFL will have yet another round of exhibition games again tomorrow night and the coaches and fans will get another chance to evaluate their teams.  Unfortunately, we don't get this opportunity in college football, so when Clemson and Georgia kick it off Saturday night in Athens it will be our first look at both teams.

I still have no idea how good Georgia is.  Their recruiting rankings indicate they should be very good.  Their roster is full of four- and five-star players.

Todd Gurley is a superstar at tailback.  The former four-star may be the best back in the country when he is healthy.  His back up Keith Marshall is also back from injury and the junior may be the best backup tailback in the country.  You know you are Tailback U when you have true freshmen like five-star Sony Michel and four-star Nick Chubb as your third and fourth string tailbacks.

Brent Venables
Def. Coordinator / Linebackers
View Full Profile will stack the box in an attempt to slow down Georgia's potentially powerful running attack.  What we don't know is how good Georgia will be able to respond with taking pressure off of the running game.  We don't know how good senior quarterback Hutson Mason is and we don't know much more about the depleted wide receiver corps.

The Dawgs will be without perhaps their two best wide outs, with injuries and suspensions to Malcolm Mitchell and Justin Scott-Wesley.  Michael Bennett, Chris Conley and Jonathan Rumph have been solid in their careers but depth is an issue.

Georgia usually has tremendous tight ends and this year should be no different.  Jay Rome is the son of former Clemson two-sport star Stan Rome and is a former four-star recruit.  Quayvon Hicks has moved from fullback to tight end and is listed as a co-starter.

The offensive line is full of highly recruited players like former five-star John Theus and four-star prospect Brandon Kublanow.  The line has received nice reviews in the fall, but most of the pieces return from a line that got dominated by Clemson last year in the final three quarters.

We know even less about the defense heading into Saturday's opener.  We know Jeremy Pruitt was brought in from Florida State to coordinate the defense, but he will not have the weapons he had last season.

Georgia will feature multiple fronts but the strength of the defense should come in its linebacker corps.  Leonard Floyd, Amarlo Herrera, Jordan Jenkins and Ramik Wilson are all former four-star prospects with future NFL aspirations.  Wilson has been bothered from issues with concussions in the camp.

The Dawgs’ major issue comes in the secondary. Former five-star safeties Josh Harvey Clemens and Tray Matthews are no longer around.  Georgia fans will have to be patient with three new starters in the secondary.

One weapon Georgia will have this year that was missing from last year's game is All-SEC candidate Marshall Morgan at placekicker.

So Saturday night we will see both teams for the first time and we will get some answers.  My guess is even after the game both teams will still some unanswered questions but less than we do now.