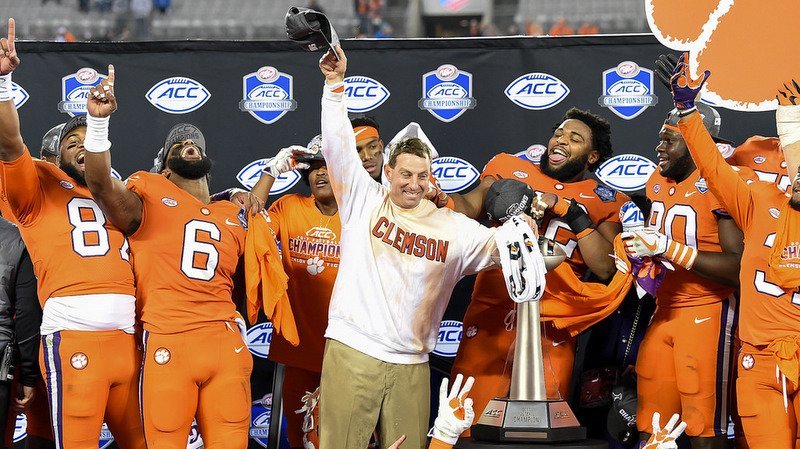 Any inside scoop on who the Tigers might schedule for their last non-conference opponent in 2021? I understand they've been looking to host a Power 5 school but are having trouble finding a match this late in the game.

Do you think the program is leaning towards playing a one-year neutral site game in 2021? Complicating the process, it seems like most programs already have their schedules locked in for the next five years or so. How do you see this ending?

Update: With the help of the good folks over at FBSSchedules.com, I was able to piece together who Clemson might be looking at in 2021 if they do choose to line up a Power 5 opponent. See breakdown by conference below:

Most Likely: Tennessee - Needs 1 Opponent (Could Play Away)

Next Most Likely: Florida - Needs 2 Opponents (Could Play 1 Away but likely wants to play both at home; already hosts FSU)

Most Likely: Maryland - Needs 2 Opponents (Could Play Away)

Next Most Likely: Michigan - Needs 2 Opponents (Could Play 1 Away but likely wants to play both at home; already hosting Washington)

Most Likely: TCU - Needs 2 Opponents (Could Play Away)

Hope that helps and feel free to share. My original question below still applies if you have any inside scoop to share on the situation.

Thank you for the thorough email. I think this is a great topic. I don’t have a lot of inside information on future schedules except for one note. I was told the ACC and TV had shown some interest in Clemson being one of the teams to play in Dublin, Ireland in the future. One source told me Clemson would not lose a home game, but there was a thought of a road game like at Wake Forest maybe moving to a site like Ireland in 2020. However, I found out today that Notre Dame and Navy will play instead. In the past Boston College and Georgia Tech have played there. Notre Dame and Navy did as well, and now it looks like those two teams will play again instead of Clemson and Wake Forest.

Looking at the information you sent, a game with Tennessee or Florida in Atlanta, Charlotte, or Orlando makes sense.

The out of conference schedule for 2021 is currently UConn, Wyoming, and at South Carolina, so a big name opponent keeps in line with their thinking in the past. Currently there is no LSU, A&M, UGA, etc. Therefore, I could see some of those major powers you listed in a neutral site.

What position would Crouch play if we get him signed in December? Thanks.

Crouch is an interesting prospect. Some think he is a Bo Scarborough type running back. Others think he is a linebacker. Some believe he could grow into a defensive end. On video, he doesn’t show a burst like Xavier Thomas. He is not explosive. He has played very little linebacker, and instincts might be an issue. However, he is a great athlete who could be a star at the next level. I don’t know the answer to your question because most college coaches don’t know. He is a guy that you would love to sign and then figure it out when he gets here. My best guess is he is a big inside linebacker body like Tre Lamar.