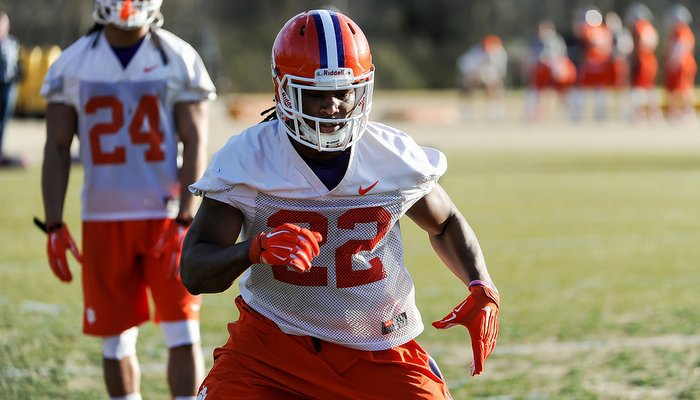 Thanks for your great blog! I know in the first week, the majority of practice has been without full pads which makes it harder to gauge a power runner like Dye, but what did you see out of him? Does he look as explosive as he was pre-injury? Where do you rank him with the other backs? What would he have to do to be a out Galman?

As I watched Galman last year, I had several observations. 1. He got the job through attrition. I thought that Choice was the better back until his injury. 2. He does not look like a running back. His body type last year looked more like a wide out than a running back-lean with smaller legs. He ran upright with very poor pad level, and on the majority of his bigger runs, I just felt like either our line or our sceme had created situation where nearly any back could have done as well. 3. He looks like he might would benefit from some option plays so he could use his speed and be in space.

I frankly did not see much creativity or power to grind out consistent tough yards like a great back does. He did have good speed. In short, he looked very average as a runner and that's not to mention his freshman mistakes as a blocker which is pretty common. Do you see him making progress in these areas or do you see a Fuller or a Dye becoming that runner for us? I think we know what Davidson can do if he just doesn't fumble.

Also, do you happen to know if our new basketball play by play man is going to be the voice of the Tigers this fall? Our AD threw all of us faithful fans that tune in via radio under the bus by getting rid of Pete Yanity and replacing him with Don Munson. The football broadcasts were so bad last year that I found myself dreading to have to listen. I began searching every game for a non partial broadcast or even the opponent's radio broadcast. WE DESERVE BETTER!!! I sure hope a change has been made, and I'm sure there are others with me on that.

I have always been a Dye fan. I really liked him in high school, but the issue here is that he has been limited with two major injuries. His back injury was a big issue then the Achilles was even worse. I think he is the most natural of the running backs. I think he has the best vision and instincts. The problem is he has basically been away for two years. Can he regain his confidence?

Gallman has a different style but does run hard. He has been the most productive of the backs so far.

I also like Fuller. He is a north-south runner. He is a power back with good top end speed. Fuller has looked good in this camp also.

I am biased on the radio question. First, Don is a friend. Second, he has a very difficult job.

I see what you did there. For folks that didn't see it, Stoudt is now a graduate assistant at Jacksonville State. You have to remember there are a couple of Gamecock programs out there. Stoudt went with the best of those options.