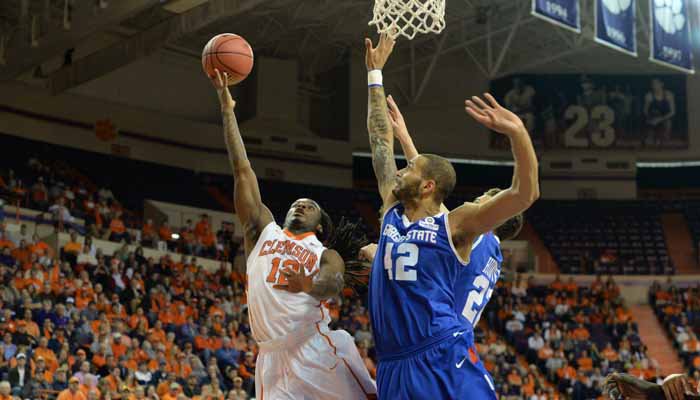 Rod Hall
Sr. Guard
#12 6-1, 205
Augusta, GA
View Full Profile have one year of eligibility where he could play football for Clemson?

Technically yes. However I don't believe that was an option. His try outs are based upon investing in him in the future. He would not be ready to play football any time soon in my opinion. I hope it works out, but I wouldn't count on Rod Hall on the football field anytime soon.

Simply put, I think if we ever lose Brent Venables

Brent Venables
Def. Coordinator / Linebackers
View Full Profile it will be a greater loss to our football program than losing Chad Morris

Judging from the bowl game you are right. Clemson has played one game in the post Chad Morris era and scored 40 points against Oklahoma. It all depends on who would replace Venables. Tony Elliott

Tony Elliott
Co-OC / Running Backs
View Full Profile is a bright coach and I doubt we will sees big drop off on offense. I do think Venables is tougher to replace.

Terrific article on Venables and oh so true. Last year in the FSU game he made a clear mistake by not doubling Greene in the fourth quarter after we had held him in check all day. The rest was history as he went all the way on one play and that was the major difference in the game. After the game, in the newspapers, Brent admitted he made an error and that is exactly why I like him and have all the respect for him in the world. He owned up to his mistake and then moved on. We are so lucky to have him at DV

You bring up a great point about Venables. I like his accountability. It seems like this doesn't happen enough in the industry now. I can recall several former Clemson coaches that had a hard time with this.

Read your article today about whether I would have Watson or another QB. It made me think about what is so special about him and why he has the potential too be one of the most amazing players to grace Howard's Rock. Great players make the players around them special. It's an over used cliche, but look at this past year. Mike Williams, for example, is a great receiver, but look at what he did with and without Watson. Maybe it's a mind set and belief that the player will make them better. Regardless, the great ones make those around them great. I am not ready to anoint Watson until he can play a full season, but from what I have seen, he has the potential to be great.

Great point. There is a terrific story on what Larry Bird meant to the old Boston Celtics. Legendary coach Red Auerbach was in the stands and after the first four players were introduced in the starting lineup, he told the person news sitting beside, "See those four players? Those are four good players." After Bird was introduced, Auerbach said, "See those five players? Those are five great players."

I think I was reading similar comments about Boyd a few years back. Pull the expectations in a little before parading him around as the best ever. I also remember the Louisville game before he got hurt.

We did say the same things about Tajh Boyd. And I believe when Boyd finished his career he was the best quarterback in Clemson history. Look at the record book. However, I think the same thing can be said now about Watson.