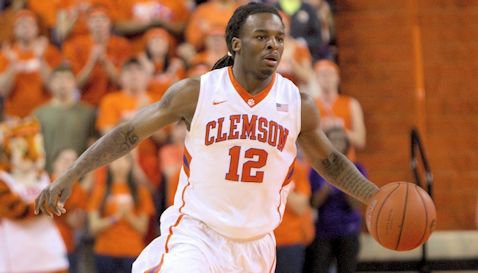 Team is improving, but watching the ND game what I see missing is the ability to attack the basket. ND is doing it again and again and we stay on the perimeter. ND is getting open shots and we struggle. Brownell has got to find someone who can attack the rim. The defense catches up to that and keeping a high shooting percentage doesn't last.

Clemson's backcourt is limited. Hall is strong, but he lacks explosiveness and is not a great leaper. Roper can jump, but he is short and lacks strength to get to the rim. Harrison is not as athletic and explosive as some two guards. The best around the rim is Blossomgame, but others are limited. Nnoko is not a great offensive finisher either. It's pretty easy to see why points in the paint have been a concern.

You couldn’t have described my outlook on politics more perfectly.  That was cool. I’m going to use “I chose ignorance over toxicity” for a while.  Thanks.

Sometimes I am ignorant without choosing to be. LOL. Thanks.

For me, the question about the basketball game with Notre Dame is whether Clemson showed progress or just is the same old same old team and the answer is probably somewhere in the middle.

For me, the story of the game and maybe of the past several seasons is Clemson just cannot get out of its way.   A winning team does not simply throw the ball to the other team when there is one Clemson player against one Notre Dame player on an out of bounds play under the ND basket and on the next possession the same Clemson player again throws a horrible pass to Notre Dame instead of a teammate.   A winning team finds a way to get the ball inside when your big men are 5-7 on shots in the paint.   The effort was there and the shooting was much, much better except for the last 10 seconds.

Take care of the ball, get the ball inside and learn to use the backboard on a 6 foot shot from the side and Clemson wins the game against Notre Dame and maybe turns a corner.    Let's face it, Clemson is not an NCAA Tournament team with losses to Winthrop, Gardner Webb and a bad South Carolina team who is near the bottom of an average SEC league other than Kentucky.   Maybe spending $63 million will solve all these problems.

It was progress to even be close enough to have a chance to win this game. They played well enough to get in that position. The two turnovers did hurt and were a major story, but they played well leading up to those turnovers. They did not close out the game. You are right though when you say Clemson is not an NCAA tournament team. I have never felt this team has been worthy of that.