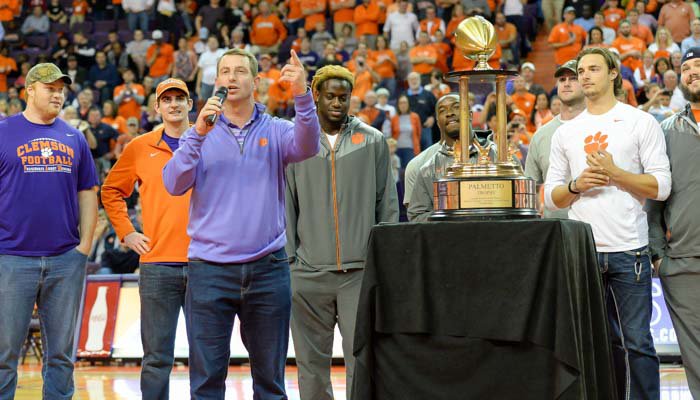 I used to really enjoy politics. I mean I really got into it. I listened to political radio. I read the websites. I could tell you about congressional races in mid-term years. I would argue with those that were for the other party. I would argue for hours.

So I figured out that when I lost I didn't REALLY lose and when I won I didn't REALLY win. It was easy to see the only thing I lost was time. I was following politicians who tried to tell me about their impossible promises and their scare tactics. I have to tell you I feel less toxic now that I don't follow it anymore. I am ignorant to a lot of the issues, but I chosen to be ignorant instead of toxic.

One simple concept I learned in the political game was the one where incumbents would ask if you were better off than you were four years ago. I always heard that one every election year. I ask myself that about several factors in my life occasionally.

That question lead me to ask that about my real passion, Clemson athletics. Over the next week, I want to ask two questions about Clemson football, basketball and baseball. First, are we better off than we were four years ago. Second, is the next four years gonna be better than the previous four.

Today is a look at the football program. It seems pretty obvious what the conclusions will be in today's blog. Next week I will look at basketball and baseball and that should be more debatable.

Is Clemson football better off than it was four years ago?

Absolutely. The program has risen to new heights under Dabo Swinney

Dabo Swinney
Head Coach
View Full Profile . The program is in much better shape today than it was four years ago.

Is the next four years of Clemson football better than the previous four years?

Patrick DeStefano
Offensive Line (2012 - 2013)
#71 6-5, 275
Spartanburg, SC
View Full Profile , Robert Summerville, Wendell Harrington, Michelle Richey, Julie Moore and our great country and the men and women in uniform that protect and serve it every day, plus their families.