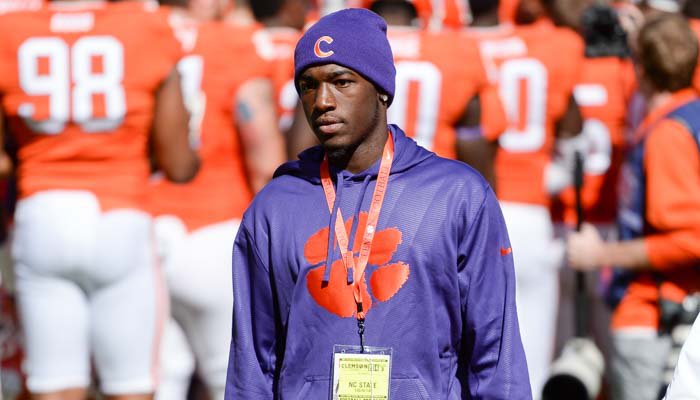 I know that some people live and die with recruiting rankings, while others present facts of how hard it is to predict success based upon the star rankings.

Mike Bellamy was a five star that didn't turn out at Clemson and Levon Kirkland was not highly recruited guy that the time. It is great ammunition for those that don't follow recruiting. There are terrific examples at all of the major college football powerhouses of five stars that turned into busts and two stars that went on the NFL fame.

However, it is not coincidence that the three top rated recruiting schools the past four years were Alabama, Florida State and Ohio State. The Buckeyes had 56 players on its roster this year that were either four or five star prospects in high school.

But that is not what this particular blog is about. Instead, I want to use this weekend as an example of how Clemson football recruiting has changed under Dabo Swinney

Clemson has been a factor in recruiting with big-time recruits for many years, but Swinney has been able to increase the frequency of interest from national recruits.

It seems hard to argue against the impact five star prospects like C.J. Spiller, Sammy Watkins, Stephone Anthony and Deshaun Watson have had at Clemson.

The issue is that Clemson is trying to get into the next level and four and five star players have been the reason the Crimson Tide, Seminoles and Buckeyes have been able to reach that desired level.

A week from today Clemson will wrap up perhaps its most successful recruiting class in many years. The staff will sign three five star players in wide receiver Deon Cain

View Full Profile and athlete Ray Ray McCloud. Cain is ranked 17th in the nation by rivals.com. Wilkins is the number 21 player in the country by the same company and McCloud is ranked 23rd.

Clemson is currently ranked third in the country in recruiting and the Clemson brand will be on display on ESPN all day next Wednesday. This is important because future stars keep up with this. They notice when you beat LSU, Ohio State and Oklahoma on the field, but they also notice the recruiting rankings and the future direction of each program.

This weekend Clemson will host its first "Junior Day" for the Class of 2016. The list of players expected to attend is perhaps the most impressive junior day we have ever seen here.

Currently rivals.com lists 21 players for the Class of 2016 as five star prospects. Of the 21 players, 13 five stars remain uncommitted at this time. Saturday Clemson will host three of those 13 prospects.

Dexter Lawrence
Defensive End
6-2, 280
Wake Forest, NC
View Full Profile is the nation's ninth rated junior according to rivals.com. The 6-5, 290-pound defensive tackle is from Wake Forest, NC and will be in town on Saturday.

View Full Profile is a 6-2, 226-pound linebacker from IMG Academy in Bradenton, FL. He is ranked 10th in the country and is making a return to campus Saturday. Smith will be joined by his teammate is Saivion Smith

The Clemson staff has a great story to tell prospects this weekend and while no one expects the five stars to commit this weekend, it could be a great opportunity to make another huge impression on a great group of prospects. Perhaps this Saturday will make signing day 2016 look a lot like signing day 2015.