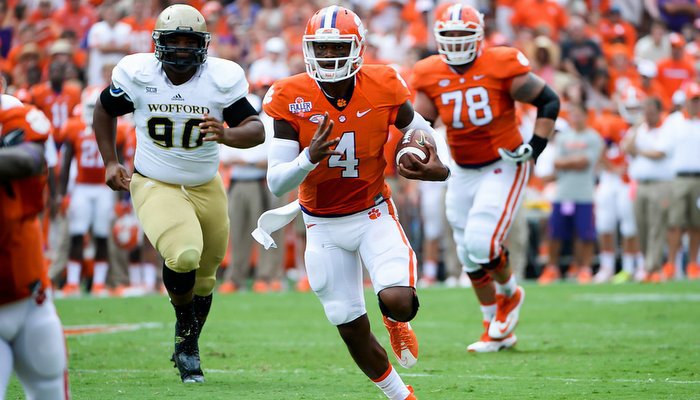 I have spent this short week breaking down tonight's game with Louisville every way I know, but there are so many questions for both teams.

Perhaps the biggest question in this game is the Cardinals' quarterback situation. If Kyle Bolin starts for Louisville it will mark the third consecutive game the Cardinals have started a different quarterback. Reggie Bonnafon started against Auburn in this year's opener. The Cards went with true freshman Lamar Jackson last week against Houston. Not many teams will be on their third starting quarterback of the season already.

Another unknown is how the Cardinals will respond to being 0-2. Local sports talk radio here in Louisville harped on the fact that this team is backed into a corner, but a win could jump start their season. However, if the Cardinals lose tonight they could also lose at NC State and Florida State after beating Samford, and a 1-5 start would mean pressure on head coach Bobby Petrino.

I think the first quarter is a major key tonight. If the Tigers could jump on Louisville early, it could take the crowd out of it and dissension could set in the ranks. However, the longer Louisville stays in the game, the longer they believe they can win and the bigger factor the crowd becomes.

I have no idea how Clemson's young players will respond to playing on the road for the first time. The Tigers play a ton of freshmen and red-shirt freshmen how they will respond is a mystery.

I question how Clemson will handle the Cardinals' odd-man front and their pressure packages. Can Clemson run the football effectively tonight?

But in the end I like two factors tonight. First, Clemson has the best player on the field in Deshaun Watson

Second, Clemson has recruited better than Louisville. The Cards have some terrific players and some that have transferred into the program. Sheldon Rankin is one of the top defensive linemen in the league. Keith Kelsey is a talented linebacker. Devonte Fields is an NFL talent. Shaq Wiggins is a terrific corner. Josh Harvey-Clemens is a monster safety that is a bigger version of Jayron Kearse