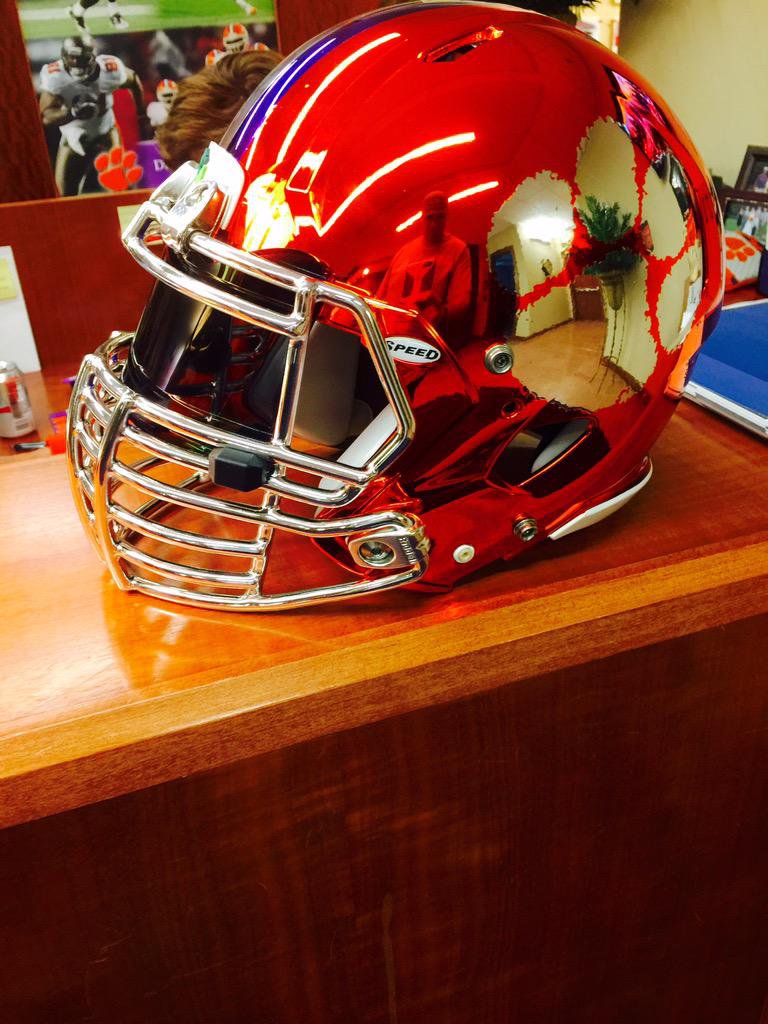 As men we scratch our heads that women can put so much thought into shopping for clothes. It is obvious that most of us men have no clue when it comes to fashion and don't understand the enormous fashion industry.

However, football uniforms, that's a different story. That is actually crucial.

Dabo Swinney
Head Coach
View Full Profile got the job at Clemson he said he wanted to make the uniforms more simple. He made a good point when he said too much was made of the uniforms and uniform combinations. Dabo said that players spent too much time focusing on the combination and it became a distraction. Interestingly enough, Jimbo Fisher said the same thing about FSU.

I get the traditional stuff. Heck, I would even say I am in favor of keeping this way for the rest of my life. That is what Alabama and Penn State have done. I don't like turning on the TV and having no clue what teams are playing. That doesn't happen when the Crimson Tide play.

I want no part of being Oregon or Maryland and letting a shoe company dictate what uniforms we wear from week to week and year to year.

However, this chrome helmet picture that came out yesterday grabbed my attention.

I loved the chrome helmet photo. I love the idea. As long as it is a one game deal or a special game deal, sign me up.

I know tradition is important, but so is branding. Let's not forget even the most traditional of all schools, Notre Dame, has worn special helmets in recent years.

The way I see it, the 18-year olds love it and recruiting is a big part of the game now. If one five star recruit thinks it matters, then it matters.

To be clear, lets don't make major changes from week to week. I do think that on a one game basis this one works. Its still an orange helmet. Its still two purple stripes and a white stripe. Its still the same paw and same size paw. The only thing that changes is the chrome aspect.

Yesterday there were hundreds of postings all over the Clemson websites about the helmet and there were a wide variety of opinions. Put this Tiger down for the yes column. Yes, on a very limited basis.