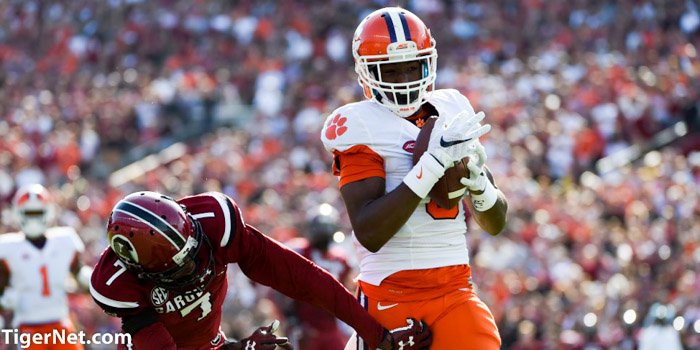 It rained Monday in Clemson, but for many Tiger fans it was a sun-splashed day. That is what braggin' rights are all about.

My college roommate played under Coach Ford and Coach Hatfield from 1988-1991 and never lost to South Carolina. He always said that beating South Carolina meant the next 364 days would have beautiful weather. Even when it pours rain, it still sunny for the winner.

In my formative years, Clemson won almost every year. My first Carolina-Clemson game was 1974. Clemson has won 27 times since my first one. The Gamecocks have won 14, and there was one tie.

Growing up in the midlands, it got to be a habit of walking around with your chest poked out after another beatdown of the chickens. In the rare losses, it seemed like it was the end of the Clemson world for a few months. So beating South Carolina was more of a relief than anything else, while losing to the Gamecocks was a disaster. It seemed like the thrill of beating them didn't feel as good as the pain of losing to them.

One thing I noticed back then, and it appears to be the case again, is how easily Gamecocks seem to get over the loss. When they beat Clemson you seem to hear about it and how important the rivalry is in our state. When you beat them, they seem to never bring it up and act like it never happened.

This year felt more like relief than ecstasy. Maybe it was because the Tigers played one of their worst games of the year, but shouldn't we feel great about beating the arch rival in their building for the first time since 2007?

It did seem like the old days where beating South Carolina was not a big deal because there are bigger fish to fry. Maybe the thrill of Notre Dame, FSU, ACC title games and big post-season match-ups have our attention. Maybe women's basketball has the Gamecock fans' attention. All I know is that it seems so many people act like Saturday either didn't happen or wasn't significant. I won't fall for it. I love beating South Carolina, and the sun will be warming my days for the next 362 days.