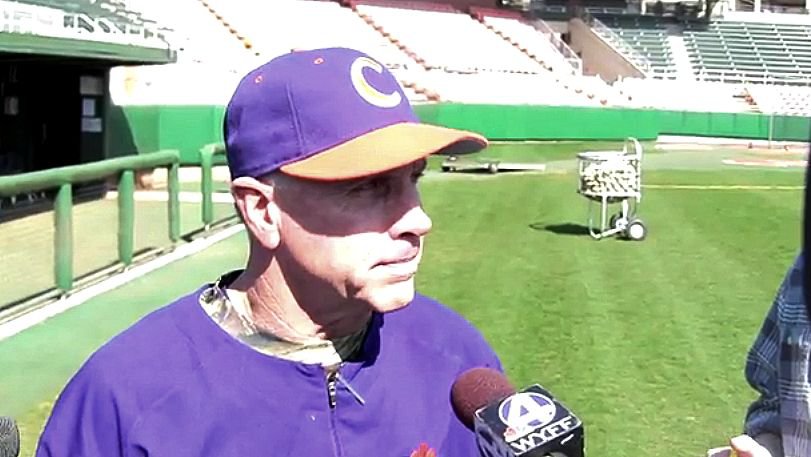 Jack Leggett
Baseball Head Coach
View Full Profile well.  When you live in a small community and share ties in similar occupations you get to know people well.  In fact, I consider several former Clemson coaches very good friends.  However, that has not been the case with my personal experience with Leggett.

From the outside I have admired Leggett and his work here at Clemson.  I have been a big fan that has lived and died with every pitch.  I was a huge Clemson baseball fan before Leggett ever arrived at Clemson and will be one long after he has left but I appreciated every win, every championship and every trip to Omaha.

At the same time I have been critical in the hard times because I have a very high level of expectations for the program.  In fact, I think they may have been too high.  In any case, I have given Leggett less of a rope because of the high standards I have for the program.

From the outside I see Leggett as a good coach and a good developer of talent.  I think he is a good strategist.  I think he has a great understanding of the game.

He takes a lot of pride in his work and the program he has helped build.  In fact my biggest criticism of him late this season was his response to criticism from the fan base.  I said on my radio show that I understand Leggett's pride in his program and how defensive he sounded.  However, I also said he should not have alienated many fans.

Yesterday Clemson athletic director Dan Radakovich addressed this yesterday.  He mentioned the idea of Leggett endearing himself with the fan base in a more effective way.

I agree with Radakovich and spent an entire segment on my radio show on the subject.  I thought this was important.  It is not as important as wins and losses but it is important.    It is especially important at a place like Clemson.  This place preaches family.  We have Dabo who is perfect at it.  Brownell is very good at it.  Leggett has not been that warm fuzzy guy.

If I know anything it is the Clemson fanbase.  I have a good idea of the pulse of Clemson Nation.

I don't think Leggett needs to try to be something he is not.  I don't think the fanbase expects him to be Dabo.  But he needs to be more understanding of the bond between him and the fans.

Dale Earnhardt was not warm and fuzzy but he always talked about his fans and giving them what they deserved.

Neither Steinbrenner nor Earnhardt ever played the fan base against other or backed themselves into a corner.

I have no idea what to tell Jack Leggett on how to fix his baseball program in terms of his team but I can give him advice on dealing with the fans.  First, this program was here before Leggett and will be here after him.  The fans will be here after he is long gone.  Second, fans are important.  They are to be valued.  Without fans, there wouldn't be a big stadium, big budget, etc. Those same fans are a big part of what Clemson baseball is all about.

In the end, the fans will base their feelings on wins and losses but Clemson won't play another game until February.  There are other battles to be won between now and February.