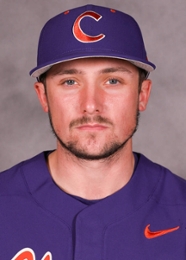 
Redshirt freshman who had one of the team’s best fall seasons.


Personal: His father, Greg, an assistant coach at UNC Greensboro, was the volunteer assistant coach at Clemson (2016-19) and played two years at UNC Asheville in 1985,86 … majoring in sports communication … born McGwire Matthew Starbuck on Dec. 13, 1998 in Kernersville, N.C.